Chief National Correspondent for the New York Times joins Chuck to talk about the NFL’s politics, their relationship with the president and how they’ve responded to players’ protests during the anthem.

Mark Leibovich of the New York Times talks with Chuck on the “next generation of Kaepernicks” and how the NFL will respond to protesting the anthem.

Danny Cevallos joins to talk the latest news on the Michael Cohen case and how the special master getting named will impact the investigation.

Rep. Ryan Costello (R-Pa.) discusses EPA Chief Scott Pruitt and says he has considered calling for the cabinet member’s resignation but hasn’t “landed there just yet.”

All eyes are on races in West Virginia, Tennessee and Nevada. Chuck breaks down the poll numbers.

In case you missed it, the president is pretty vague when talking about the Civil War. Chuck tries to figure out the specifics. 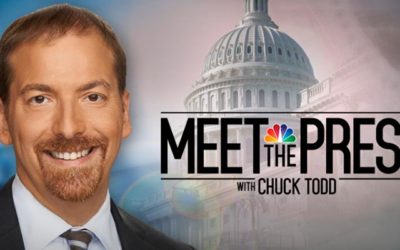